Part of Ann Arbor’s innovative vision Regenerate! Orchestra stems from the unexpected and inspiring experience of founder/composer Clay Gonzalez as a young trombonist.

“In an orchestra, the trombone never plays,” Gonzalez says. “My formative years, musically, were spent sitting in the middle of all these musicians, and this is the sound I fell in love with. … That’s what I want to give people, because that’s magic.”

So, instead of having performers performing on a traditional stage while audience members sit quietly to listen, Regenerate! Orchestral projects often involve musicians dispersed throughout an indoor or outdoor space while audience members are invited to walk around the performance space. The orchestra often adapts original pieces for the musicians involved and the band’s unorthodox performance sites, which include parks, art galleries, cafes, and more.

“The project is like, what if we rebuild the orchestra… with the human connection as the foundation?” González said.

The group’s name was inspired by Naomi Klein’s book, “This Changes Everything”, because Klein “envisions a future where the economy is regenerative” and “the work we do helps heal society, puts energy in communities,” Gonzalez says. 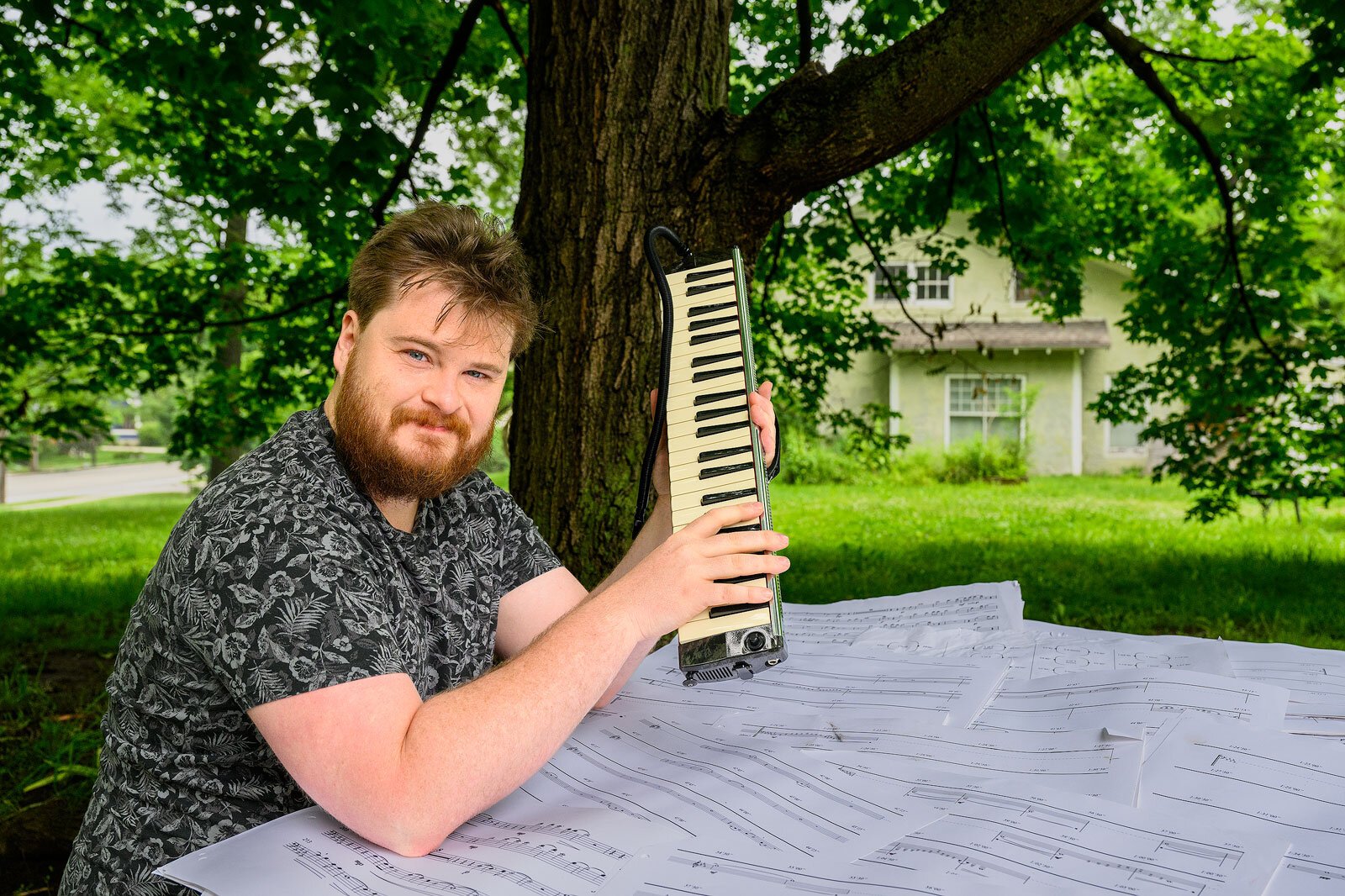 Regenerate! Founder/composer of the Clay Gonzalez Orchestra.
“That word ‘regenerative’ really stuck with me,” he says. “I want to make regenerative music. I want to make music in a way that makes society healthier. It makes Ann Arbor a better place to live. … It’s the foundation of what we do. “

With the Regenerate! Orchestra, Gonzalez puts this theory into practice by overturning many conventions of performing classical music. For example, in addition to occupying unusual places, the orchestra innovates in unique ways to adapt to the unusual spaces in which it performs. At a show held in a park, Gonzalez wrote a piece designed specifically for the unusual circumstances of musicians spread across an outdoor space. Instead of having a traditional time signature, he specified that each bar of the track should be 30 seconds long. Musicians used the stopwatch app on their phones to keep time.

“Above each bar line there will be a little timestamp, and I write the music in such a way that it doesn’t really matter how the notes line up,” Gonzalez explains. “You’ve got about 10 seconds of leeway. I’m more about creating these huge, messy clouds of sound that immerse you, rather than precision, and so actually it kind of happens without hitch.”

Gonzalez begins the process each time by spending a lot of time where the orchestra will perform next, and he builds the project from there.

Regenerate it! Orchestra.
In addition to eliminating space between the performers and the audience, the orchestra’s dress code is “casual first date”.

“No tuxedos, no concert black,” Gonzalez says. “I want the performers to show some personality. I want them to look like people. So many people on the whole are expressive with their clothes.”

And because Gonzalez is first and foremost a composer, many original works from the Regenerate! Orchestral performances are created and developed here. Gonzalez, a Kentucky native who moved to Ann Arbor after studying composition at the University of Michigan (UM), has written many pieces for the orchestra.

“Every performance is one of a kind,” Gonzalez says. “No other orchestra can play our music – which is very, very different from a classical orchestra. That model is: you write a piece that can be played anywhere by anyone. We have a lot thought about place. Place is very important. I think art that connects with place does a lot to heal the disconnection and tribalism that makes our American life a little unpleasant right now. So we find local places that have a lot of character and local flavor. … We don’t want the absence of a venue for a concert hall.”

Gonzalez hosted his first show under the Regenerate! Name of the orchestra as of 2020, although it has staged two similar performances previously in 2018 and 2019. It estimates that it has now overseen around 30 such installations. Performances span the Ann Arbor, Ypsilanti and Detroit areas, and several have gone virtual to make the shows more widely available and to raise funds for the projects. (Two upcoming virtual Regenerate! Orchestra shows are scheduled for June and September.) 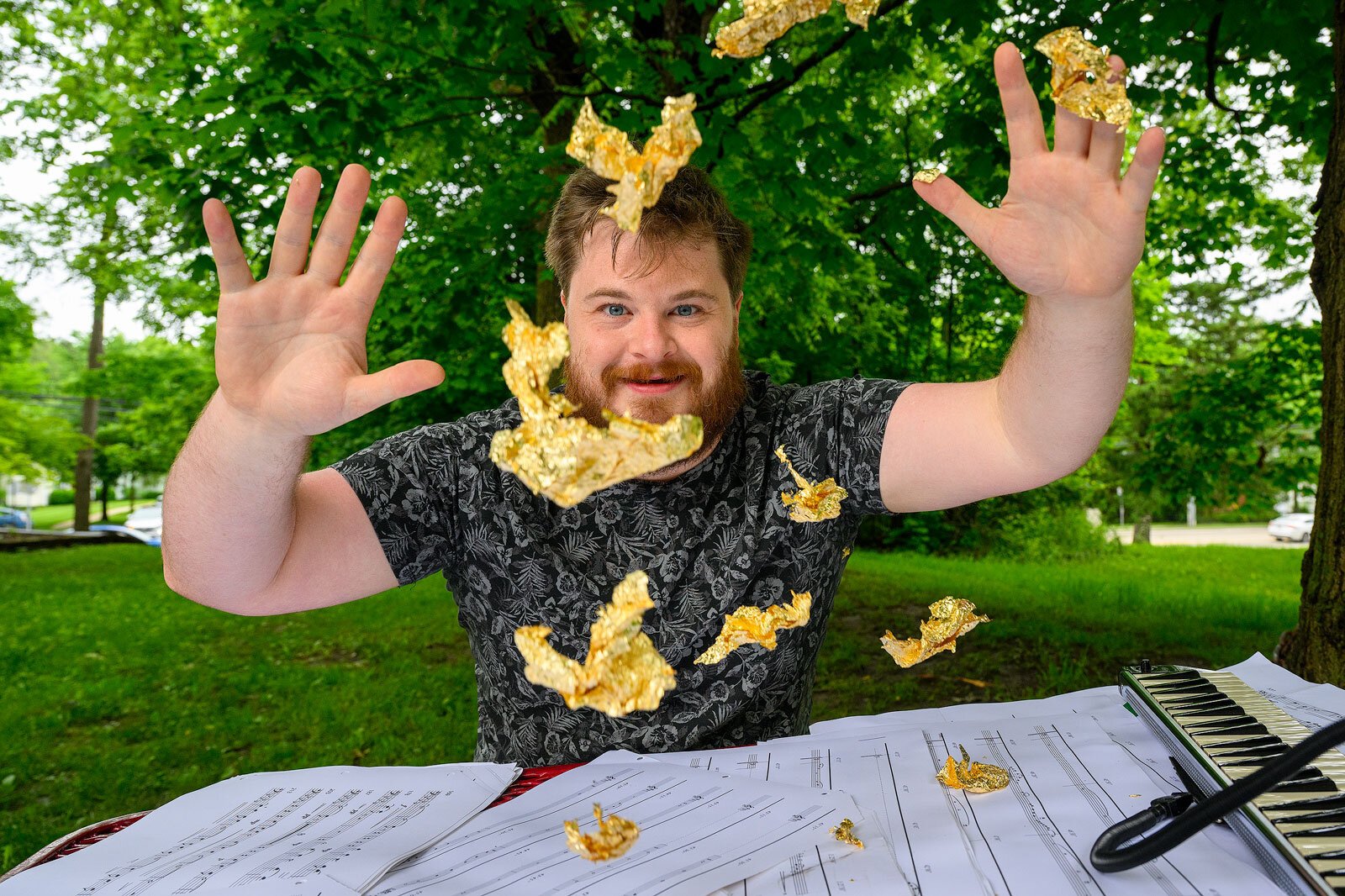 Regenerate! Founder/composer of the Clay Gonzalez Orchestra.
One musician who embarked on the orchestra’s journey almost immediately was Sedky, who came to Ann Arbor from New York to begin a master’s program at UM in 2018.

“I made it known as much as possible that I wanted to play contemporary music and that I was done with classical and orchestral music,” says Sedky. “…I really wanted to be part of the creation and do something together, in common. …I felt so inspired by my songwriter friends who sat down and created new things.”

His first experience was playing in a house with around 40 musicians. Amid rehearsals and recording, the band took a break to share a giant pot of lentil soup.

“A lot of them had already been in school together for a while, but for me it was just like, ‘oh my God, I got all these people now!'” Sedky says. “…It was very uplifting to me, personally. And musically, there’s nothing that connects you to people you don’t know faster than being tasked with doing these improvised musical explorations together, written and creative.”

It is nothing less than a call to change the paradigm of classical music. And because the parts Gonzalez builds for the Regenerate! The orchestra doesn’t need a conductor, it often finds itself walking among audience members during performances, encouraging them to wander around, get closer and listen to different points of view – so that they can have this experience of being “in” the music. He laments the fact that great works of classical music sound essentially the same no matter where they are played, and he envisions a world where classical music has been “dehomogenized”.

“We live in a globalized world, so maybe it’s an unattainable utopia,” Gonzalez says. “But I dream of a world where every city has its own orchestra, and that orchestra sounds weird and unique and from that place, and that couldn’t happen anywhere else.”

Jenn McKee spent more than a decade covering the arts for The Ann Arbor News and is now a freelance journalist and essayist. Follow her on Twitter (@jennmckee) and Instagram (@criticaljenn).