Few people welcome change, and only anarchists accept paradigm shifts. So I don’t blame anyone for resisting the idea that string playing must evolve with the rest of our musical culture or risk disappearing.

The average youngster who is not a string player thinks that string and orchestral music (except film scores) is old-fashioned and useful primarily for adding production value to pop songs. Strings are not considered primary instruments in popular music today, except in country and folk.

Guitars and keyboards join bass and drums (or a computer version of these instruments) to create the rhythm section; saxophones and brass instruments are the main melodic instruments of jazz; the electric guitar defines rock; but the strings have faded into the landscape of a bygone world – one that produced many classics of Western music, but a bygone world nonetheless.

Sometimes what seems like a paradigm shift is just a turning point in what has in fact been a steady march forward.

Why did the strings hold on to the old guard? Probably because they were the main instrument of most of these great classics. Fashions and styles changed and strings became identified with the old world. Yes, there have been some amazing jazz violinists over the years, but those are the exceptions.

Strings have never become part of the evolution of pop music from the Jazz Age to the present day. For most of the 20th century, string pedagogy clung to a 19th century technique and remained committed to the dignified, exacting, and somewhat anachronistic art of preserving these towering classics. But, as Marie Antoinette discovered, denial is not a grand strategy.

Sometimes what seems like a paradigm shift is just a turning point in what has in fact been a steady march forward. When I was at the Juilliard School in the late 1970s, there were students who had never heard of The Beatles. But now even the most conservative conservatories are populated by young people who are remarkably attuned to all kinds of contemporary music, simply because they were born and raised in an online world.

Young string players expect to participate, in some way, in the music of their generation. They listen to music online and are interested in what’s going on in clubs, pop concerts and recording studios. Artists such as violinist, singer and songwriter Andrew Bird and Finnish cello metal band Apocalyptica have opened the minds of young people to the idea that strings play such a central role in pop music. 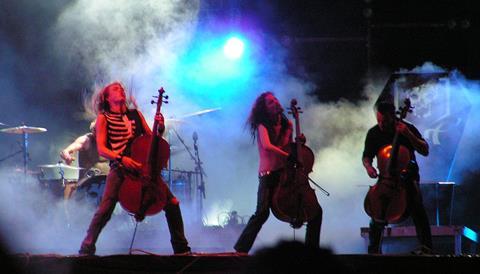 Additionally, young people are now receiving messages from many sources about the importance of inclusion and acceptance that my generation could certainly have benefited from. This bodes well for the future – and as string players (young and old) we should imagine what an inclusive future of string playing might look like.

So what does it mean for us to evolve? This means that we should be able to play our pop music authentically, without classical dialect. This means we have to learn to groove like a rhythm guitar, rock like a lead guitar, and swing like a saxophone. The most important thing when learning a new language is listening to it being spoken, and the most important thing when learning to play in the pop idiom is listening to pop music.

If you’re a teacher, ask your students what they listen to outside of classical music and find out what they like about it. Ask them to play it for you on their instrument. The younger the student, the easier it is for them to start learning a second language. Don’t worry: your students won’t forget their classical native language.

Just as the classics of the past were written in the popular idioms of their time and place, the classics of our time will also reflect the here and now. If we want strings to be included in tomorrow’s classics, we need to do what string players of the past did: speak the language of popular musical culture.