The Dallas Winds know how to put on a good show.

From friendly opening remarks by Executive Director Kim Campbell and charismatic comments from conductor Jerry Junkin to the spirited playing of the ensemble, Tuesday’s concert at the Meyerson Symphony Center provided fun and suave entertainment.

Other classical groups in the area could learn a thing or two.

An extensive program, which will be repeated in Chicago in December, features mainly music from the 20th and 21st centuries. Traditional selections include the spirit of Richard Strauss Fanfare of the Vienna Philharmonic Orchestra and the march of Sousa, The glory of the yankee navy.

Frank Ticheli, who grew up in Richardson, is a well-known composer for wind orchestra. He ran his own eight-minute celebration To hit! at its world premiere.

To hit! stirs up the excitement in passages of slamming percussions and Latin dance rhythms. Contrasting dark, dissonant energies – marked by muted trumpets, horn tuning forks, and full ensemble accents – may reflect on-going pandemic anxieties. At least on first listen, it wasn’t clear how the different episodes come together as a whole.

Combining jazz, gospel and blues in two movements over 13 minutes, the American composer Omar Thomas’ Come sunday honors black religious services. In “Testimony”, a solo saxophone introduces a moving song – delivered with panache by Donald Fabian – then played throughout. “Yell!” rollicks with quivering cymbals, hand claps and groove riffs. Members of the audience would sometimes clap and shout at the sound of the music.

Inspired by green energy sources, American composer Viet Cuong Renewal is a 16-minute concerto in three movements for harmony orchestra and percussion quartet. In “Hydro”, the quartet clink crystal glasses half full of water in interlocking patterns. The slow harmonies of the group deepen the meditative atmosphere.

In “Wind”, the soloists tirelessly repeat cymbal and drums strokes. They also evoke a wind turbine by hitting a snare while turning it at ever faster speeds. With the quartet playing metallic instruments, “Solar” features brilliant tones in a major key, dropping into cinematic grandeur towards the end.

American composer Steven Stucky was a Pulitzer Prize winner who died in 2016. His Aug 4, 1964, a quasi-oratorio marking the centenary of President Lyndon B. Johnson, was commissioned and premiered in 2008 by the Dallas Symphony Orchestra. 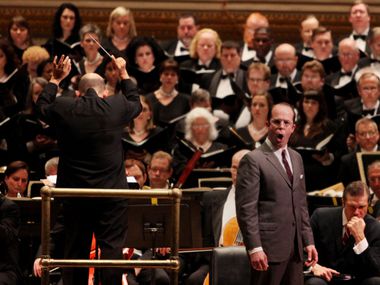 Stucky’s Nine Minute Brilliant on Henry Purcell Queen Mary’s funeral music is mainly a direct transcription for wind ensemble. Yet it also contains passages where Stucky blends into modernist ideas, such as clusters of tones.

Stravinsky’s 1919 Suite Bird of Fire ballet never saw the light of day in an arrangement by Dutch conductor Jacco Nefs. Junkin sometimes lengthened the beat at the end of lines, but the phrasing needed more form and direction. There was also little momentum from section to section. Among many soloists, bassoonist Laura Bennett Cameron stood out, softly singing the mysterious lullabies of the “Lullaby” with a creamy tone.

The arrangement’s thick textures buried important details, such as the prominent xylophone part in “Hellish Dance”. For such pictorial music, it would have been useful to display the names of the movements in surtitles.

The general sound of the band was often bright, sometimes shrill. The intonation was good in the brass, but the upper winds were sometimes blurry. The overall coordination was generally solid, although it started to slip later in the evening.

As a reminder, the group offered to the British composer Peter Meechan Song of hope in honor of Ryan Anthony, the former principal trumpeter of the Dallas Symphony who died last year after a long battle with multiple myeloma. (Anthony had occasionally recorded and performed with the Dallas Winds.) Trumpet soloists James Sims, Wiff Rudd and Tim Anderson seized the opportunity in a touching and heartfelt tribute. 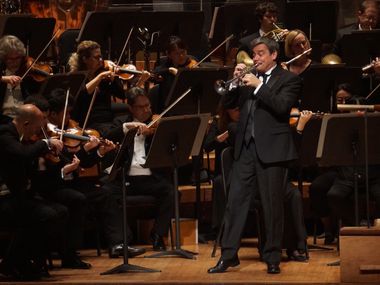 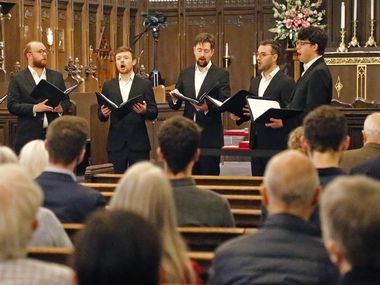