It’s not just you, but popular music today is sadder than ever. I have been doing research for the past 50 years, and I think I know why.

Are popular songs today happier or sadder than they were 50 years ago? In recent years, the availability of large digital datasets online and the relative ease of processing them means that we can now give precise and informed answers to questions like this. A simple way to measure the emotional content of a text is to simply count the number of emotional words present. How often are the words of negative emotion – “pain”, “hate” or “heartache” used? How often are words associated with positive emotions – “love”, “joy” or “happy” used?

As simple as it sounds, this method works quite well, given certain conditions (for example, the longer the text available, the better the mood estimate).

This is a possible technique for what is called “sentiment analysis”. Sentiment analysis is often applied to social media posts or contemporary political messages, but it can also be applied to longer time scales, such as decades of newspaper articles or centuries of literary works. .

The same technique can be applied to song lyrics. For our analysis, we used two different datasets. One contained the songs included in the end of the year Billboard Hot 100 graphics. These are songs that have been very successful, at least in the United States, from “(I Can’t Get No) Satisfaction” by the Rolling Stones (in 1965, the first year we considered) to “Uptown Funk” by Mark Ronson (in 2015, the last year we looked at). The second set of data was based on lyrics voluntarily provided to the Musixmatch website. With this dataset, we were able to analyze the lyrics of over 150,000 songs in English.

These include global examples and therefore provide a larger and more diverse sample. Here we found the same trends that we found in the Billboard dataset, so we can be sure that they can be generalized beyond the best results.

Popular songs in the English language have become more negative. The use of words related to negative emotions has increased by more than a third. Take the example of Billboard database. If we assume an average of 300 words per song, there are 30,000 words in the lyrics of the top 100 hits each year. In 1965, around 450 of these words were associated with negative emotions, while in 2015 their number exceeded 700.

The effect is visible even when looking at isolated words: the use of the word “love”, for example, has practically halved in 50 years, from around 400 to 200 instances. The word “hate”, on the contrary, which until the 1990s was not even mentioned in any of the top 100 songs, is now used between 20 and 30 times a year.

Our results are consistent with other independent analyzes of song moods, some of which have used completely different methodologies and focused on other characteristics of the songs. For example, the researchers analyzed a data set of 500,000 songs released in the UK between 1985 and 2015 and found a similar decrease in what they define as ‘happiness’ and ‘shine’, coupled with a slight increased “sadness”. These labels were the result of algorithms analyzing low-level acoustic characteristics, such as tempo or key.

The tempo and key of the top 100 Billboard songs was also reviewed: Billboard the hits became slower and the minor tones became more frequent. Minor tones are perceived as darker compared to major tones. You can try this out for yourself by listening to one of the YouTube examples of songs that have been digitally shifted from major to minor, or vice versa, and see what it feels like: a major and unsettling shifted version of “Losing My Religion.” ”By REM (1991) periodically resurfaces on social networks.

WWhat is happening here ? Discovering and describing trends is important and satisfying, but you also have to try to understand and explain them. In other words, big data needs a big theory. One of these great theories is cultural evolution. As the name suggests, the theory states that culture evolves over time following in part the same principles of Darwinian natural selection, namely, if there is variation, selection and reproduction, then we can expect that more successful cultural traits take hold in the population, and others die out.

Popular songs in the English language have become more negative. The use of words related to negative emotions has increased by more than a third.

Examples include the language we speak depending on where we were born, the recipes we use to cook and, in fact, the music we enjoy. These traits are socially transmitted, in that an individual learns them by observing and imitating other individuals. In contrast, hair color and eye color are genetically transmitted from parent to offspring.

The fact that many behaviors are socially learned is not too surprising. However, for social learning to be adaptive, that is, to increase the individual’s chances of survival to reproduce, learning must be selective. It is better to learn from an adult who knows how to cook well, than from brothers and sisters who themselves are still learning to cook. Preferably copying the behavior of successful individuals is called “success-biased transmission” in cultural evolution jargon. Likewise, many other learning biases can come into play, such as conformity bias, prestige bias, or content bias.

Learning biases have been used to understand a multitude of cultural traits in human and non-human animal populations over the years, and are proving a successful avenue for understanding complex cultural patterns. To try to understand why the lyrics of the songs increased in negativity and decreased in positivity over time, we used the theory of cultural evolution to see if the pattern can be explained by social learning biases.

We checked the hit bias by testing whether songs had more negative lyrics if the top 10 songs from previous years had negative lyrics: in other words, were songwriters mostly influenced by song content? previously successful? Likewise, prestige bias was tested by checking whether songs by prestigious artists from previous years also had more negative lyrics. Prestigious artists were defined as those who appeared in the Billboard charts a disproportionate number of times, like Madonna, who has 36 songs in the Billboard Hot 100.

Content bias was checked by examining whether songs with more negative lyrics also performed better on the charts. If so, it would suggest that there was something in the content of the negative lyrics that made the songs more engaging and therefore more popular.

While we found small evidence of success and prestige bias in datasets, content bias was the most reliable effect of the three in explaining the rise in negative talk. This is consistent with other findings of cultural evolution, in which negative information appears to be memorized and transmitted more than neutral or positive information. However, we also found that the inclusion of unbiased transmission in our analytical models significantly reduced the appearance of the success and prestige effects, and seemed to have the most weight in explaining the models. “Impartial inheritance” here can be viewed in the same way as genetic drift, in which traits appear to drift towards fixation through random fluctuations and in the apparent absence of any selection pressure.

This process has been found to explain the popularity of other cultural traits, from Neolithic pottery decorations to contemporary baby names and dog breeds. It is important to note that finding evidence of an unbiased transmission does not mean that the models have no explanation or are mostly random, but that there is probably a multitude of processes explaining the model, and none of the processes that we have verified is not strong enough to dominate the explanation.

The rise of negative lyrics in popular English-language songs is a fascinating phenomenon, and we have shown that this may be due to a widespread preference for negative content as well as other causes, yet to be discovered. Given this preference, what we have to explain is why the lyrics of pop songs before the 1980s were more positive than they are today. A more centralized recording industry may have more control over the songs produced and sold. A similar effect could have been brought about by the release of more personalized distribution channels (from blank cassettes to Spotify’s “Made For You” algorithmic personalization). And other, broader societal changes could have helped make the explicit expression of negative feelings more acceptable, if not rewarded. All of these hypotheses could be tested using the data described here as a starting point.

Realizing that there is still work to be done to better understand the model is always a good sign in science. It leaves room for the development of theories, the improvement of analytical methods, or sometimes a return to square one to ask different questions.

Alberto Acerbi is a cognitive / evolutionary anthropologist and professor of psychology at Brunel University in London. His latest book is Cultural evolution in the digital age (2019).

This article was originally published on Aeon and has been republished under Creative Commons. 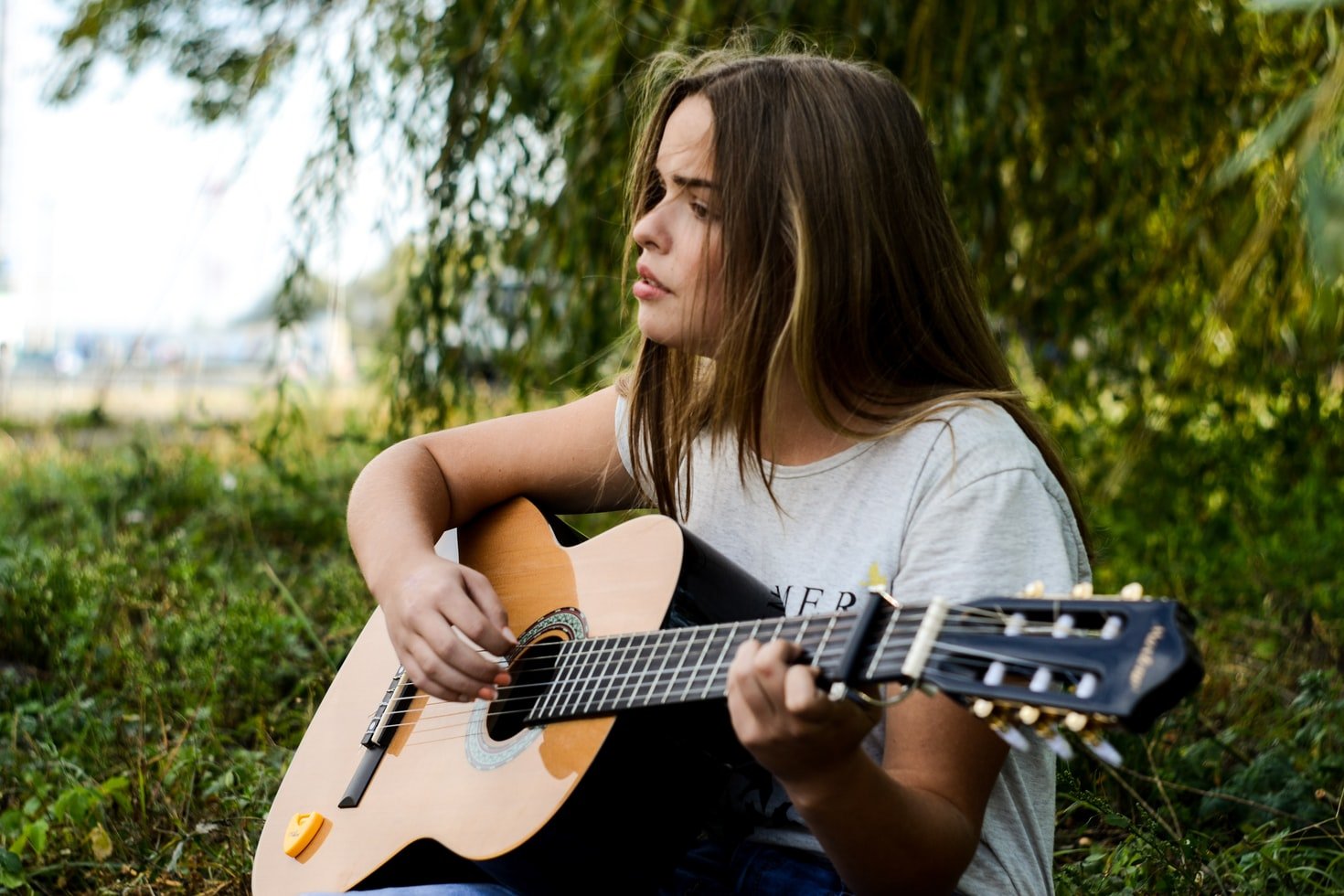