During a two-week period in the late summer of 1927, a little-known producer named Ralph Peer recorded 77 songs in a hat warehouse he had converted into a studio. It would be a historic moment, known as the Bristol Sessions, which Johnny Cash would later call “the most important event in country music history”.

Artists included the Carter family and Jimmie Rodgers, who recorded hits there like “Single Girl, Married Girl” and “Sleep, Baby, Sleep.” These songs propelled them to stardom, and their successes were just the beginning for Peer, who popularized the genres of country, blues, jazz, gospel and Latin music.

Peer had already recorded “hillbilly” songs – what is now known as country – across the American South for five years prior to the Tennessee recordings.

A new book by music journalist Barry Mazor, “Ralph Peer and the Making of Popular Music,” published Nov. 3, follows the arc of Peer’s life and the music industry.

Its history begins in the era of the crank cylinder and ends in the era of color television. During this period, he navigated performing rights and recording contracts, emphasizing that songwriters and producers each received their share of the profits.

“I think Ralph Peer has done more than anyone, any other person, to change the popular music we hear,” Mazor told Art Beat. “Still, people don’t necessarily know the name.”

But the names of the artists with whom he worked are recognized as music greats: Mamie Smith, Louis Armstrong, Hoagy Carmichael, Perez Prado, Buddy Holly. The list continues.

Listen to Hoagy Carmichael’s version of “Georgia on My Mind”, published by Ralph Peer in 1930.

While Mazor was working on his previous book, “Meeting Jimmie Rodgers: How America’s Original Roots Music Hero Changed the Pop Sounds of a Century”, he discovered Peer’s relationship with Rodgers. Mazor was fascinated by the man who recorded and produced so much music that he personally enjoyed listening to and writing about.

After Mazor published his biography of Rodgers, Peer’s son offered the music journalist access to rooms full of never-before-seen material from his father’s life, including personal papers and royalty statements, the diaries of Peer’s wife and his mother’s letters.

The Carter family “forged a river in a borrowed car to get to” Peer’s Bristol sessions, which propelled them to stardom, Mazor writes in the book. Here, Jimmie Rodgers with the Carter family in 1931. Photo courtesy of the Peer Family Archives

Most of the previous writing about Peer’s life came from testimonies of musicians. With no way to verify these stories, historians have told them as the de facto truth. With access to Peer’s own written records, Mazor could read the music publisher’s version of the story.

“It was an opportunity to tell an important story that had never been done,” Mazor said.

The story of Peer’s career begins in the years leading up to World War II. He travels the country, recording songs by musicians rooted in a place and steeped in its history. He brought their indigenous music to the masses, recognizing that the public wanted “something new – built along the same lines”, as he wrote to folklorist John Greenway in 1955.

Peer’s breakthrough was Mamie Smith’s “Crazy Blues” in 1920. It was the first blues piece with a black singer.

Listen to Mamie Smith’s version of “Crazy Blues”, recorded by Ralph Peer in 1920.

“It just took off like a rocket,” Mazor said. “It was like no one had heard before.”

Peer consistently replicated this reaction throughout his career.

“Finding an untapped opportunity that worked – an unaddressed audience, an underexplored style of music, a new way to refresh what was already available – was precisely what excited Ralph Peer, spurred him to experiment. musical and commercial music, as the discovery of a new reaction or interaction could galvanize an applied scientist,” Mazor writes in the book.

Later in his career, as World War II engulfed Europe and Asia, Peer traveled to Latin America and continued his pattern: releasing local songs and expanding their audiences was international. Soon people were dancing to the Spanish lyrics of the Mexican romantic ballad “Besame Mucho” in Moscow and Tokyo.

Listen to Consuelo Velázequez’s version of “Besame Mucho”, published by Ralph Peer in 1944.

Peer has also transformed the way we listen to music. As a producer, he was one of the first to record artists on location instead of taking them out of their surroundings and into an unfamiliar studio. Instead of looking for songs that could be easily transcribed into sheet music, where most of the industry was making money at the time, he paid attention to songs that relied on improvisation, those learned through careful listening. and one rote repetition, transmitted as auditory. tradition.

To monetize these records, he helped create Broadcast Music, Inc., a performing rights organization that guaranteed musicians to get paid when their songs were played. Since its founding in 1939, BMI has represented artists from Willie Nelson to Lil Wayne. 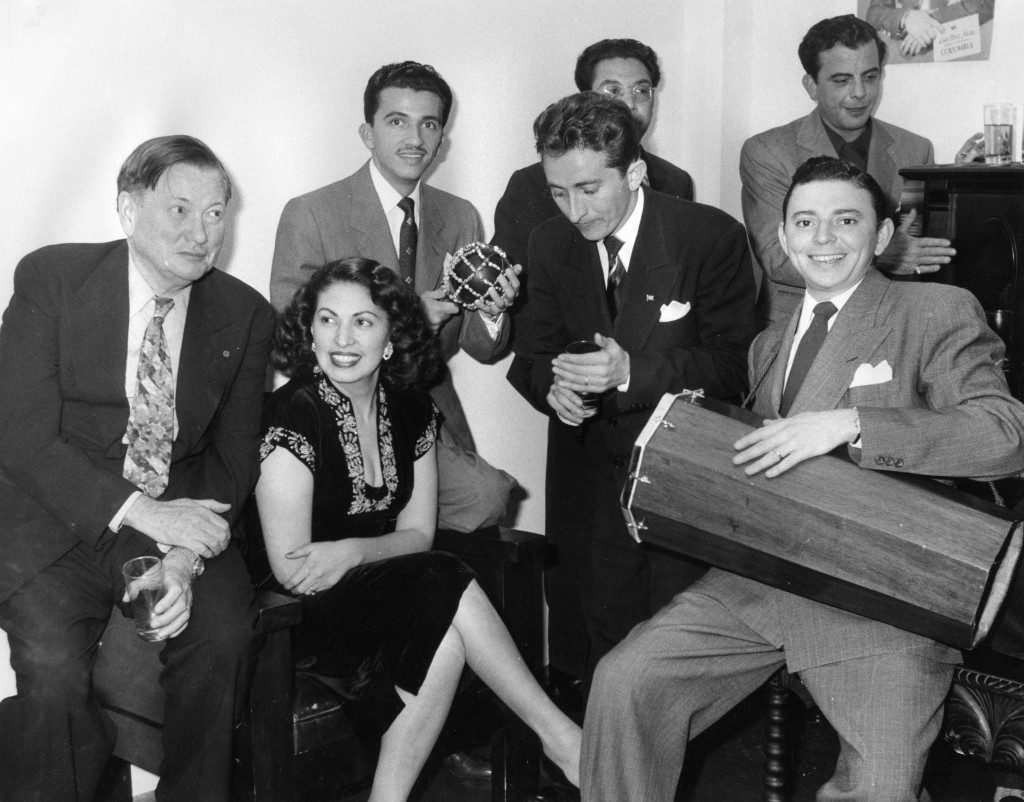 What began as a recording excursion to Mexico City in 1928 grew into an intimate relationship between Ralph Peer and Latin music. Peer produced music with Consuelo Velazquez, who sang “Besame Mucho” when she had yet to be kissed. Here Peer sits with Mexican composer Consuelo Velazquez. The two are seated next to each other to the left of the photo. Photo courtesy of the Peer Family Archives

As Mazor notes, Peer’s story is relevant now, as the modern music industry comes up against the architecture of an old system. He saw the industry move from singles to albums; today we went back to the single. Peer studied how to finance music on radio and television; today we are thinking about how to pay artists when we listen online. 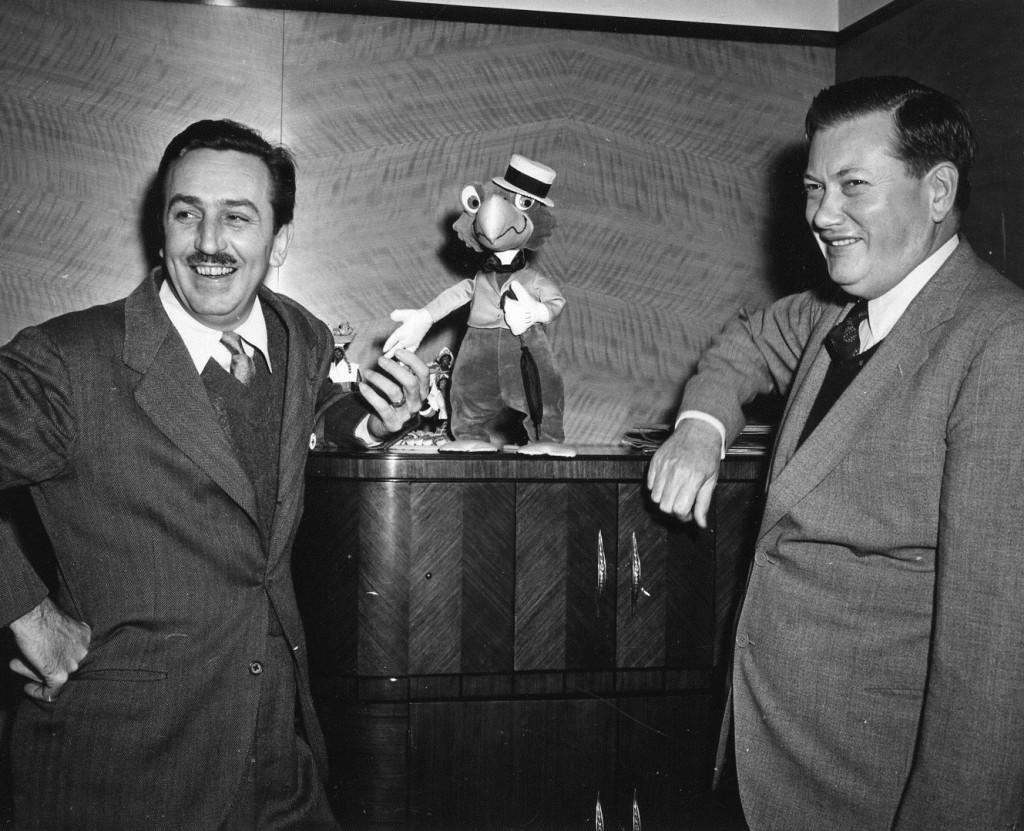 “I think that’s something that’s missing when people make the dichotomy that either it’s genuine folk music, really from the region, or it’s commercial music, which is really something else, like if hit pop music hadn’t struck a chord with real people,” Mazor said. “Yes of course.”

From one perspective, Peer’s career could be seen as a legacy of appropriation: popularizing roots music meant changing it. He added repeating refrains to the traditional version of “The Storms Are the Ocean”; cleaned up offensive language from the original version of Popeye’s theme song; and inserted English lyrics into Spanish folk songs.

Without Peer’s influence, the modern music world would be very different. By adapting local music to a wider audience, it ensured its survival.

“Traditional music lives like traditional music,” Mazor said. “Times pass. Things change. if they don’t change, they die. So one of the ways it didn’t die was to popularize it. Ralph Peer is as responsible for it as anyone else. I don’t think it’s appropriation, I think it’s extension.

“Crazy Blues” is in the public domain.