The unprecedented COVID-19 pandemic has definitely changed streaming habits. So what are the most popular music streaming services? The answer might surprise you.

A new global study by YouGov shows how streaming habits have changed over the past year. People in the United States and Great Britain did more active listening (listening to music and podcasting), while passive listening (radio) decreased. This is largely attributed to the fact that people spend more time at home than in their cars.

A demographic breakdown shows how popular music streaming services are by age group. We will take a look. 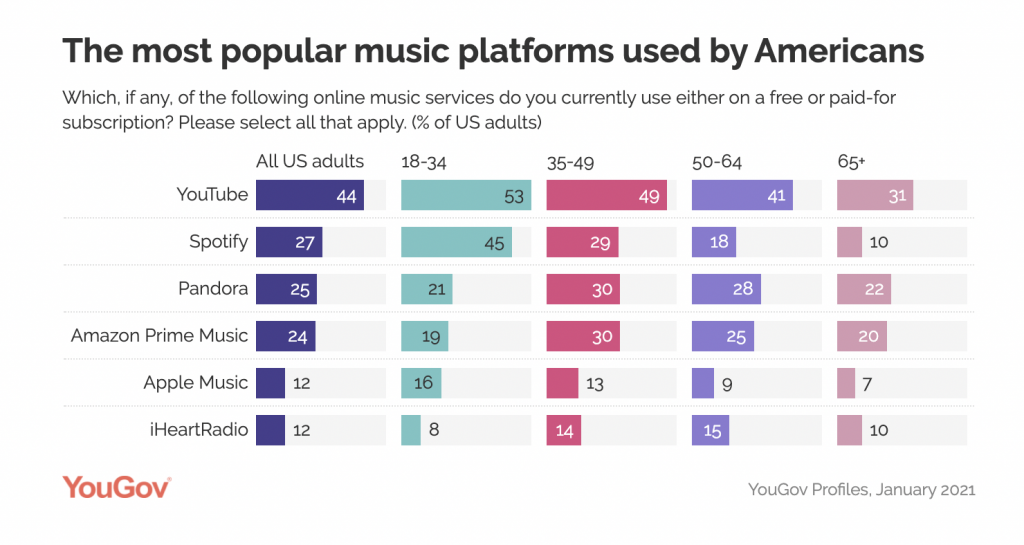 YouTube is significantly ahead of all other music streaming services among US adults at 44%. He also dominates all age groups, which helps him maintain that solid lead. Respondents were asked to indicate which music services they use, whether they are free or paid subscriptions. 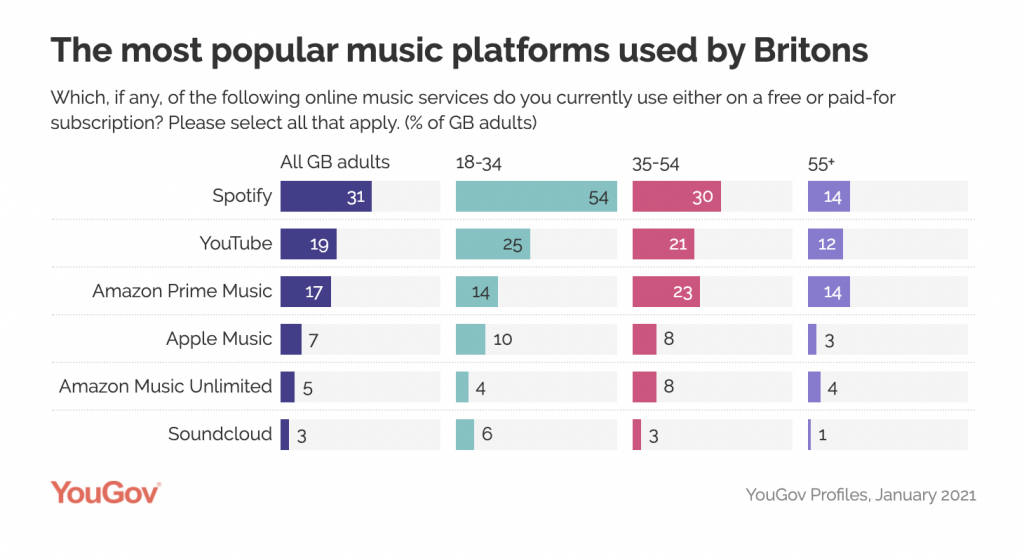 The data is slightly different when you look at people in the UK and Ireland. Spotify is the best music streaming service for all adult Britons, but YouTube is catching up in certain age groups. Spotify’s popularity in the UK and Ireland is declining slightly among people aged 35 and over.

Amazon Prime Music is particularly popular among older Britons. This demographic is just as likely to use Amazon Music as it is Spotify or YouTube to listen to music. 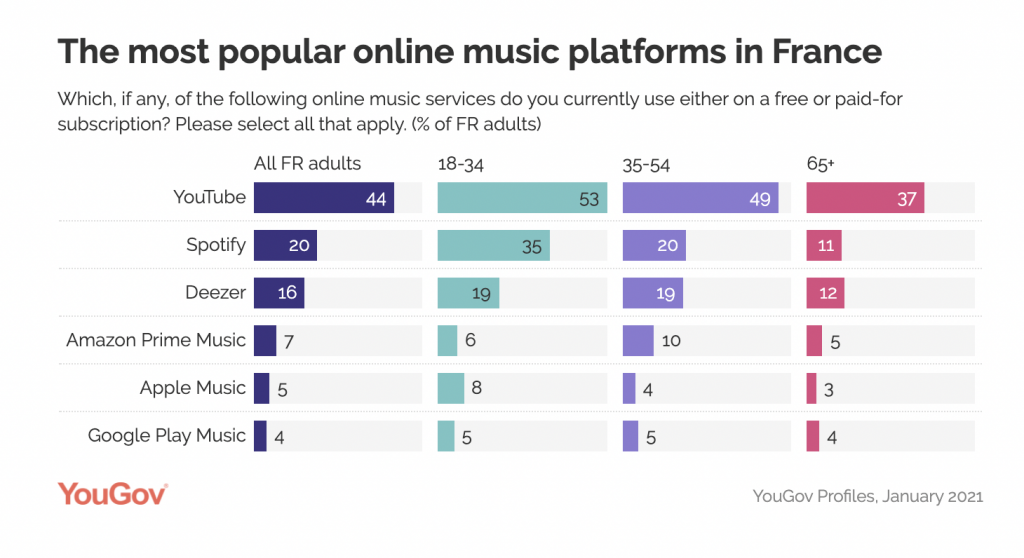 The popularity of French music streaming is more like the United States than the United Kingdom. YouTube is the first online music service used by French adults, eclipsing the competition. Spotify is second, followed by Deezer in third position. This shouldn’t be too surprising, given that Deezer is a French music service.

Competitors like Amazon Prime Music, Apple Music and Google Play Music (now defunct) also barely rank in France. YouTube’s replacement for GPM, YouTube Music – is not on the list at all. 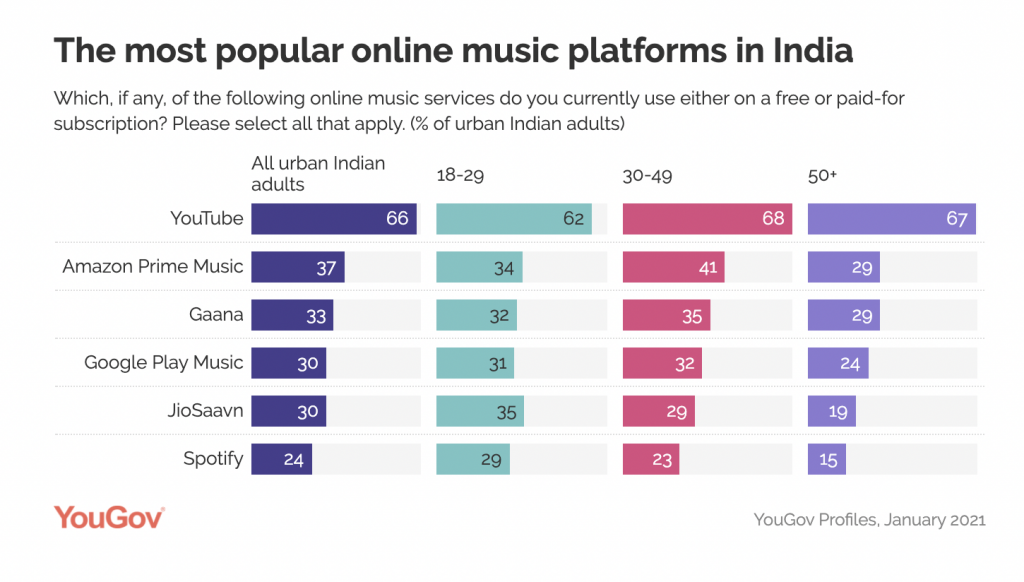 The total dominance of YouTube over the music streaming industry is becoming evident in India. It has the largest market share among Indian adults, with 66% of them using YouTube to listen to music. Amazon Prime Music was in close competition with Google Play Music before it closed.

Indian local services Gaana and JioSaavn are also on the list. Spotify only launched its service in India in 2019, making it one of the new entrants to the market. Only 24% of Indian adults say they use Spotify, placing it firmly in the last place.